White Dade has tagged me for filling out the following survey. Get ready for a wild ride.

1) What were you doing 10 Years Ago?
Swimming from the Grecian Isles to Indo-China where my long lost love, Pang Qi (Ch-ee) awaited me with open arms, a gun, 6 packs of matches, 3 children (1 of them mine) a dog, and a talking Giant Panda named Sunkist who can ride a tricycle and pee in a perfectly straight line.

2) 5 Years Ago?
This was my third year anniversary of having entered into that beard and moustache growing society. I ended up being kicked out because I illegally used Chia-pet solution on my face in order to grow a more outrageous beard and or moustache than anyone ever had in the history of growing beards (and or moustaches). The reason I say and or is because I hadn’t decided on exactly how I’d style it, so my face was just covered with Chia-sprouts. I looked like the Wolfman’s face…only covered in broccoli instead of hair. They coined a term after this fiasco and now it is referred to as Chiating.

Well its difficult for me to measure the exact time this refers to as, I’m sure we all know 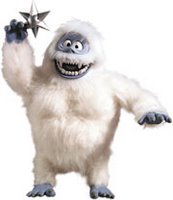 , a Yeat is one year in the life of the average Yeti. Because of the advanced brain structure of the Yeti (which is necessary for their tremendous hair growth) experts estimate one Yeat to equal roughly 2.76 years. This of course places me in transition between State College and Miami (either mentally or both physically and mentally). So I’d have to say that one Yeat ago I was…well that’s actually funny. I was tracking Yeti. That’s when I met the head Yeti, Yetster (their names are uncomplex when translated to English from Yetilian) and when he first informed of the scientific conclusions about the conversion of their time periods to ours. Man I am glad I did that, otherwise this post would’ve made no sense.

6) Five things I would do with a LOT of money:

7) Five things I would never wear:

8) Five things I should never have worn:

1. My Book-it! Button.
2. My fake Hitler moustache.
3. My real Hitler moustache.
4. That My Little Pony band-aid of my sister’s – now I’m freakin’ hooked on them! They’re such little ponies!
5. That damn bear-suit

1. Whiffle ball against little kids – man do they suck.
2. Racing old people.
3. Peeing
4. Heightening my awareness in order to better my life, and those around me.
5. Boobies. I know it’s not an activity, but they’re great.

11) Five people that must fill this out: