Lately there is a new phenomenon. It’s not a new diet, it isn’t some fashion trend, and no, frogs aren’t plaguing the city. This new fad, like most, is really just a throwback to about 20 years ago.

Picture it: 1986*. Rap is reaching new heights. Kool Moe Dee, Slick Rick, DJ Jazzy Jeff and the Fresh Prince – they’re starting to make their way onto the music scene in a grand way. Everywhere cardboard is thrown to the ground to be used as a dance floor. The pop’n’lock makes you the coolest guy at a party, Billy D. Williams is pushing Colt 45 and beating his female companions, and Marion Barry is still 5 years from being forced to leave office in DC due to conviction of drug charges. 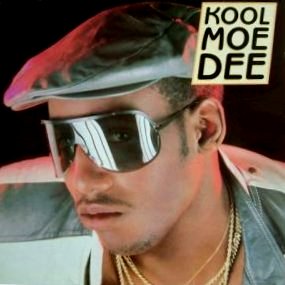 An almighty instrument, powered by no fewer than 12 D batteries, is touted on the shoulders of wanna-be rappers and head-spinners alike. It is the iPod of its day. Who needs 25 thousand songs crammed into a wallet-sized player in the mechanically barren, digital format?

Give those guys a cassette player the size of a suitcase and 12 songs on magnetized tape. They’ll pump out the jams for 20 minutes, then BAM, flip that shit right over to catch the last 25 on the other side of the tape…as long as the batteries don’t run out. But even if the Duracells die, no doubt there is a guy on hand who can reproduce the beats vocally:

Breaker 1: Yeeah boyee! These jams is tight! (Breaker 1 starts to pop’n’lock on nearby piece of cardboard on the sidewalk in front of his building. Unfortunately we hear the tape deck slow down…) Damnit! Ma jams!

Breaker 1: Shit yes! (begins to breakdance. Several passers by stop and watch for a few minutes and toss loose change into a nearby, upturned hat. John Voight is in the crowd).

John Voight: Yo man, your moves are pretty good, but yo, check THIS! (John Voight shrugs off his coat jacket and starts up his top-rock. He moves about effortless, then he hits the cardboard doing a dazzling array of kicks, stalls, and stands from his six-step…then he starts to headspin AND beatbox at the same time!). 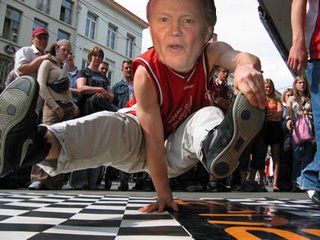 Breaker 1: Oh shit! That John Voight can really get it done!

Breaker 1: Yes. His performance as the escaped convict was…unforgetable. (Breaker 1 begins to weep).

(John Voight does a final stall. He stops beatboxing, gets up, takes his coat from a nearby boy, and walks with a pimped out limp through the crowd and into the night)

I can see it coming full circle again, only instead of a huge, battery-powered radios, kids are starting to use their Nextel cell-phones as portable boomboxes. It seems everywhere I look some kid has his cell phone to his ear, listening to his favorite rap or reggaeton song on speakerphone. Unfortunately, due to the incredibly minute wattage of the speaker on a cell phone, the only person able to discern the song is the person holding the phone (who most likely has it memorized anyway). The “bass” usually turns to just a static crackling since the speaker on the phone can’t handle it, and most rappers “tough-guy” voices sound more like C3PO after he’s served 5 years in prison and has developed a drinking problem…that’s right, still really, really gay, but raspy.

The kids sing and rap and bop their heads along with the “music” like they can actually tell what’s going on (not that there’s much going on to begin with), and largely ignore their friends who are listening to their own cell-phone boomboxes. The sad part is they usually don’t even have the entire song on their phone due to its tiny amount of storage space (you have to save room for pictures of your girlfriend’s tiny dog, or she’ll get mad).

I feel really bad for these kids. If they only knew that the answer to their dilemmas lay in the past. Oh Nextel, please, please make your next line of phones be boomboxes with a cell phone built in, rather than a cell phone with a boombox built in. These kids need your help. It’s bad enough they can’t figure out how to peel the stickers off a new hat or determine the proper sized shirt in a store. 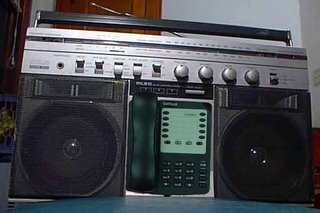 *If you didn’t say the word “Sicily” in your head after you read “Picture it,” Sofia Patrillo is highly disappointed in you.