If you’re wondering what that means, well, take a gander up at the web address you’re currently at. I’m called King of Spills, not because I fall down a lot, but because I am constantly knocking things over or dropping things. My iPod is no exception. The other day I dropped it 3 times.

The first time I dropped it was immediately upon coming into my office. Plop, right on the floor. It continued to work and I thought nothing of it. Then, on the subway on the way home, the cord from my headphones got caught on part of my bag and me tugging it was enough to pull the iPod free of the pocket on the side of my bag, and cause it to plummet to the ground. Again, I picked up the iPod and plugged my headphones right back in as it didn’t affect it’s performance in the slightest. Finally, on my way out of the subway, I dropped it on the concrete. Well that did it.

My computer can still see the iPod, but the display and buttons don’t work, and it emits a smell like its insides are burning. I took it apart and fiddled around by my poor-at-best iPod repair skills didn’t really help me out at all.

This is all a really long story to say that I am now back to using my standby from over 3 years ago (yes, my iPod is really old): My minidisc player. It’s not even a newer minidisc player that’s smaller and can read those extra-long play minidiscs you can stick mp3’s on. I have to record stuff to it in real-time – meaning I have to plan which album I’m going to listen to the night before I want to listen to it. 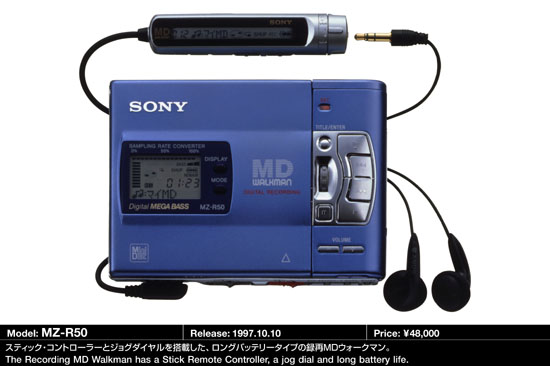 I really thought I would hate not having 10GB (told you it was old) of my music with me all the time. That I wouldn’t be able to skip around depending on my mood or preference for that point in time. But, I did what I had to. Naturally, since I have a strong man-love for John Mayer, I recorded his latest onto a minidisc and have been listening to exclusively it ever-since.

I forgot what it’s like to be dedicated to listening to an album. The iPod spoils people. There are definitely tracks on Continuum I know I would’ve skipped, but if I skip a song it’s a good chunk of my listening time and I won’t have music during my whole commute now.

It’s nice to focus on an album again. It really gives an appreciation for all the hard work the artist puts into it(or an understanding that maybe they didn’t put a lot of hard work into it – that they depend on a single to carry it off the shelves). The congruency of the sound is great too. To be trapped in such a small section of a given genre is actually quite liberating. It’s almost like you’re getting to know the artist better with each listen.

The other upside of the MiniDisc is the sound quality. Now, it’s true, you can’t really tell when you’re listening to strictly mp3’s all the time that they don’t sound that great. But I’m using the same crap headphones I use with my iPod, and the difference was immediately recognizeable. I get to hear so much more – different sounds, backing vocals, stuff that otherwise kind of gets lost in the mix or isn’t as clean.

Since I can’t afford a new iPod until Christmastime, it looks like I’ll be mini-discing a lot lately. So my question to you, my faithful readers1 is – what are some good albums to check out? Don’t just list random crap, try and follow these guidelines when suggesting things:

1) Jazz is always good – I particularly like piano and guitar (Bill Evans, Pat Metheney, Kurt Rosenwinkel, Brad Mehldau)
2) I do like rock/pop/indie but it should be very melodic with high-skilled players. If you say Arctic Monkeys, I’ll kill you. I hate those guys that talk-sing (also I dislike the Strokes, and all the Strokes knock-offs that have become so popular).
3) I like sell out punk like Blink 182 and Fallout Boy (I dunno, maybe that’s sell-out Emo).
4) I’m starting to get into older country like Johnny Cash.
5) I love the White Stripes.